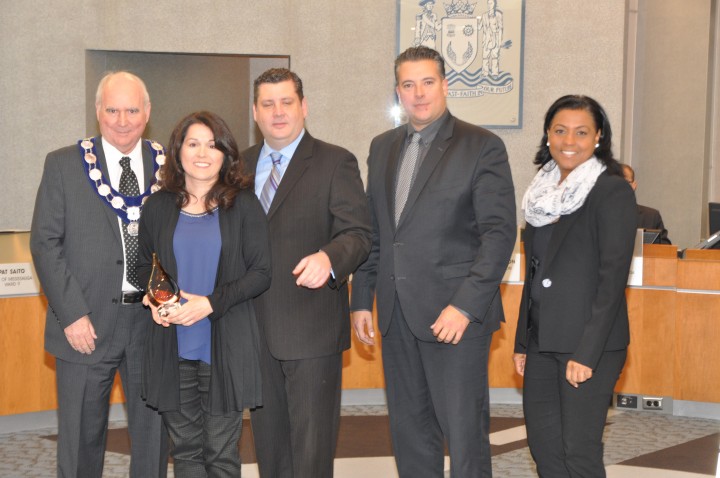 Dely Farrace ‘s work promoting inclusion and accessibility for persons with disability in the community was recognized by the Association of Municipal Clerks and Treasurers of Ontario.  The AMCTO provided this one-time award with the support of the provincial government, specifically the Ministry of Economic Development, Employment and Infrastructure. Accessibility falls within its mandate.  (from left to right: Region of Peel Chair Frank Dale, Dely Farrace, Regional Councillors Matt Mahoney, Michael Palleschi and Annette Groves. ) 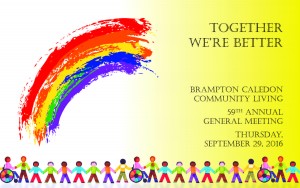 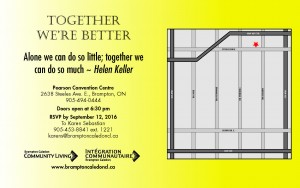 In Nowhere to Turn, the Ombudsman reports on his office’s investigation of more than 1,400 complaints from families of adults with developmental disabilities who are in crisis situations, including being abandoned, abused, unnecessarily hospitalized and jailed.

In November of 2012, the Ontario Ombudsman’s Office announced an investigation into the province’s services for adults with developmental disabilities who are in crisis situations.  The media release at the time noted that the investigation would be conducted by the Special Ombudsman Response Team and was expected to take six months

Now, almost four years later, the findings of the report will finally be made public on August 24, 2016.

A draft of Ombudsman Dubé’s findings and recommendations were delivered to the Ministry of Community and Social Services on May 24th. 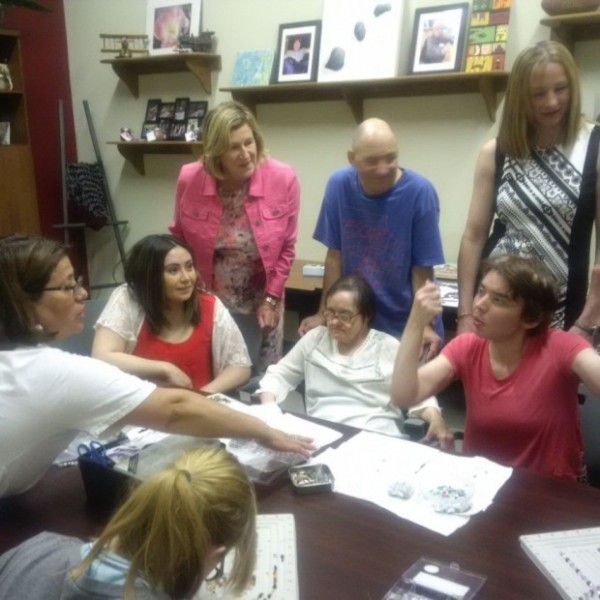 On July 5, 2016, the Honourable Helena Jaczek, Minister of Community and Social Services visited Brampton Caledon Community Living’s Rutherford site to meet with participants, board directors, and staff and see the variety of activities participants are involved in.    Brampton Caledon Community Living had the opportunity to speak with the Minister about some of the challenges confronting families caring for a family member with a developmental disability.

Go to http://www.archdisabilitylaw.ca/node/1131  to learn more.

Mr. McCann joins Mr. Barry in conversation about his book, written about dozens of men with an intellectually disability kept in virtual servitude in a squalid farmhouse in Iowa, where they got out of bed every day — decade after decade — and eviscerated turkeys for $65 a month. Read more….