Ontario is making changes to its controversial autism program, eliminating income testing and exploring supports based on need.

Parents of children with autism have been protesting the plan announced last month by Children, Community and Social Services Minister Lisa MacLeod, saying it would leave kids without access to the levels of therapy they need.

MacLeod has previously announced that in order to clear a waiting list of 23,000 children, kids with autism would receive direct funding to pay for treatment, with caps of up to $20,000 per year for treatment for children under six and $5,000 a year for children six to 18.

Those maximums were based on family income, and MacLeod says today that all kids under six diagnosed as on the spectrum will receive $20,000 and kids over six will receive $5,000.

MacLeod also says the government is now looking at how best to provide additional supports to families based on the diagnosed need of the child.

Intensive therapy can cost up to $80,000 a year and many parents with kids already in government-funded therapy say they will be unable to cover the difference to keep their kids in full-time therapy.

A private member’s bill that would ensure continuous services and support are provided to adults with intellectual or developmental disabilities after they turn 18 passed second reading in the Legislature on February 21st.

Noah and Gregory’s Law, which was brought forward by Windsor West MPP and NDP Critic for Community and Social Services Lisa Gretzky, aims to eliminate the gap in services and end the years-long waitlist that tens of thousands of families currently face.

“When people with developmental disabilities turn 18, they lose their youth support and have to go through another application process to apply for adult support,” said Gretzky, who was referring to Special Services at Home and Passport funding.

“Even though many families apply well in advance of a child turning 18, and even though those supports are supposed to begin as soon as the applicant turns 18, many individuals fall into a service gap – they are cut off from their youth support, and forced to wait years for the adult support to kick in.”

According to Gretzk, as many as 16,000 people with developmental or intellectual disabilities are stuck on the waitlist for Passport funding.

If passed into law, Gretzky’s bill will guarantee that anyone receiving youth support will continue receiving these services until their adult support takes effect.

The Government of Ontario has announced changes to Ontario’s Autism Program. Under the government’s proposed reforms, families may receive a Childhood Budget until their child turns 18. The amount of the budget will depend on the length of time a child will be in the program, with supports targeted to lower and middle-income families.  For example, a child entering the program at age two would be eligible to receive up to $140,000, while a child entering the program at age seven would receive up to $55,000.

Families will be able to choose to purchase the eligible services including behavioural services, from providers of their choice on a fee-for-service basis

Autism Ontario will be offering support to families to help them understand their options and to assist them in finding service providers through workshops, training sessions and one-on-one support.

Nurturing Collaborative Relationships
When advocating for and managing your child’s IEP, who are the people you will need to know, collaborate and converse with? As in business, hierarchies also exist within schools; for example, perhaps a simple problem can be addressed directly with a teacher, rather than the principal. Because no one knows your child better than you, meeting with key people on a regular basis to share as much information as possible about your child can help them to better support your son or daughter’s classroom experience and learning goals. Introducing and including your community service coordinator, facilitator or other advisory/support person to school staff can also be of great benefit to the process.

In a 7-2 split decision, this past Friday in the case of S.A. v. Metro Vancouver Housing Corp, the Supreme Court of Canada overturned British Columbia’s Court of Appeal’s decision on discretionary (Henson) trusts. In doing so, the court has set a precedent that will serve to shield the rights of persons with disabilities and helps to reduce poverty.

Discretionary trusts are used by parents and family members of persons with intellectual disabilities to provide financial security for their loved ones. The court decided that discretionary trusts should not be considered assets when determining income levels because the beneficiary cannot unilaterally force the trustees to make payments.

The appellant in the case was an individual with a disability living in a Metro Vancouver Housing Corporation (MVHC) complex. They were required to provide income verification every year as part of their application for rental assistance. In 2015, MVHC declined to approve the appellant’s application after learning that they were the beneficiary of a Henson trust. The Supreme Court ruled a Henson trust could not disqualify the appellant from being considered by MVHC for rental assistance.

The central issue in the appeal was whether assets in a Henson trust could be considered assets to assess an individual’s eligibility to receive social assistance benefits. This issue is of importance to people with disabilities as Henson trusts are a common estate planning tool used by families to ensure that their loved ones have a measure of financial security and autonomy after their death.

People First of Canada (PFC) and the Canadian Association for Community (CACL) served as co-intervenors advocating on behalf of the many persons with disabilities, and their families who regularly rely on discretionary (Henson) trusts as a tool to combat the systemic disadvantage and poverty persons with an intellectual disability face when their parents die.

Shelly Fletcher, Executive Director of PFC, responded that “For many of the people with disabilities that make up People First, discretionary trusts provide a modest level of financial stability after family members have passed away. But it isn’t like these folks are sitting on excess funds that can be used at their discretion. It is always encouraging when people with disabilities are heard – and today it feels like People First was heard loud and clear at the Supreme Court.”

“People with disabilities continue to face barriers in their participation as equal members of Canadian society. There is still more work to be done, but today we will celebrate,” said Joy Bacon, President of CACL.

This ruling does help, but it does not eliminate the need for good public policy that addresses the longstanding poverty of people with an intellectual disability, the barriers they face, and issues they encounter before and after their parents die.

Brampton Caledon Community Living thanks the Peters and the Foundation for this generous donation and tremendous support over the years. 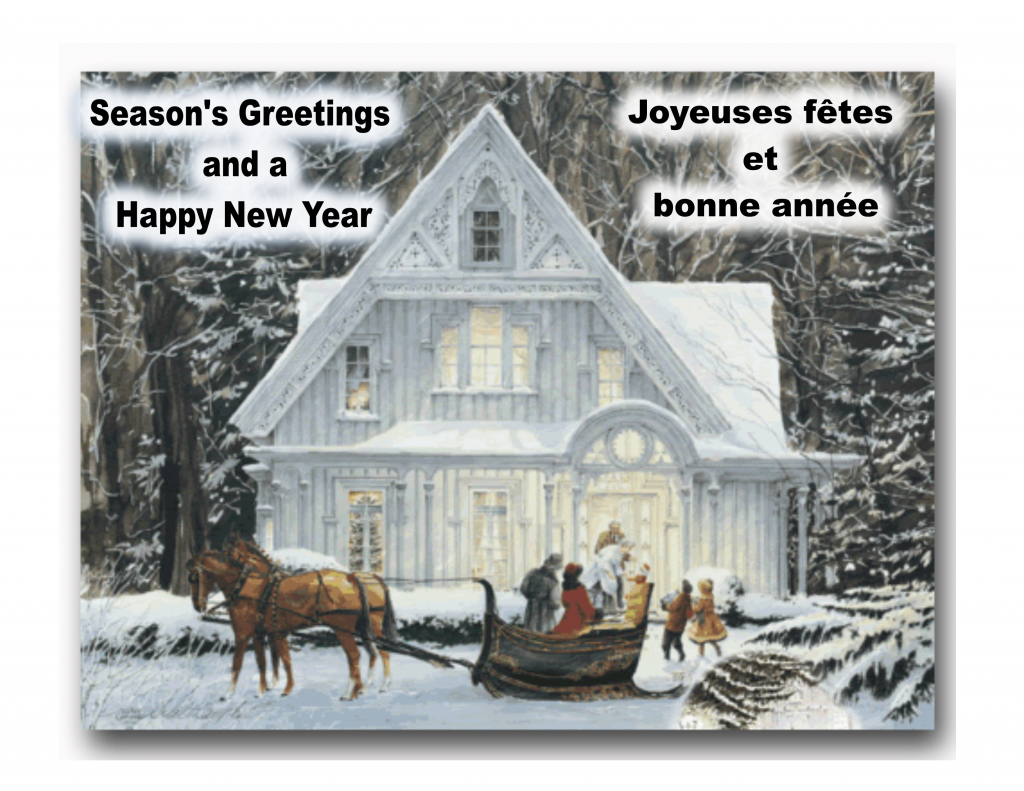 Second, the government announced its intention to amend the Canadian Human Rights Act to empower the Canadian Human Rights Commission to monitor the federal implementation of the CRPD in Canada independently, and to ensure the Commission has the resources for this purpose. The CRPD calls for the appointment of an independent monitoring mechanism, and so this is another step in bringing Canada fully into compliance with the treaty.

On November 22, 2018, the PC government announced reforms to social assistance in Ontario. Following a 100-day review of Ontario Works (“OW”) and the Ontario Disability Support Program (“ODSP”), Minister Lisa MacLeod criticized the current system, stating that it created a “cycle of dependence” and proposed a complete over-haul of the system and its administration.

While the government spends $10 billion on social assistance annually for 1 million people, the Minister claimed that one in seven remain in poverty. In addition, half of the people on OW who successfully transition into the workforce end up coming back into the system. The Minister emphasized the need for a “wrap-around” approach that would empower individuals, rather than “police” them. For persons with disabilities, the Minister underscored simplifying programs, reducing red tape and allowing for greater flexibility.

While details are sparse, here is what we know about the PC plan to improve social assistance:

Definition of Disability for ODSP: The government intends to align the definition of disability with the federal standard, while those already on ODSP would be grandfathered into the system.

ODSP Eligibility: Financial eligibility for ODSP will be reviewed annually, rather than monthly.

ODSP Earning Exemption: Those on ODSP will receive a flat $6,000 annual exemption, without reducing their assistance. Twenty-five percent of earnings above $6,000 would be exempt. This is $1,200 more per year than the Liberals provided for earlier this year.

OW Earning Exemption: Recipients of OW will be able to earn up to $300 per month, without reducing their assistance (up from $200). Twenty-five percent of subsequent earnings would be exempt. Exemptions would start after one month on assistance, rather than after the usual three-month waiting period.

Multi-ministerial Approach: Minister MacLeod was joined by the Minister of Training, Colleges and Universities during the announcement and highlighted the need for greater coordination among ministries.

Locally Focused Services: Municipal partners will be empowered to deliver services locally, including the creation of a local OW discretionary fund. The government has also tabled legislation on November 21, 2018 establishing a “Social Assistance Research Commission,” an advisory group appointed by the Lieutenant Governor that will recommend ODSP and OW rates for each region in Ontario based on economic geography and the cost of living.